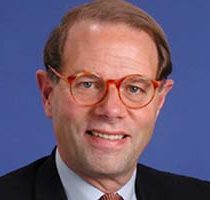 Born in Glen Cove, New York, in 1942, Charles was educated at St Paul’s School in Concord, New Hampshire (Class of ’60), received a Bachelor’s degree from the University of Virginia, and an MBA from Long Island University.

Charles was formerly a member of the Fulbright Commission and presently serves on the Boards of EFG-Hermes, Savills plc and Peter Hambro Mining plc. He is also a member of both the Development Board and Advisory Council of the Prince’s Trust. He has formerly served as Co-Chairman of BritishAmerican Business Inc; on the Boards of Witan Investment Company plc, Clearstream, the London Stock Exchange, LIFFE (London International Financial Futures and Options Exchange) and was appointed by the Bank of England to serve on the City Capital Markets Committee and the Legal Risk Review Committee.

He has also sat for several years on the Financial Markets Committee of the London School of Economics.