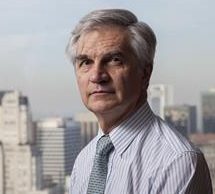 Alejandro Preusche is a former Director of McKinsey & Co. having worked in Europe, USA and in South America where he led the teams that developed the practice in Argentina and Chile and was part of the regional leadership group.

In 2003 Alejandro started a career in private equity and venture capital in South America. He partnered with the Soros Real Estate Fund and later on launched SPVs to pursue other acquisitions and developments. He more recently co-led the development of an investment fund for some 20 corporations that are pursuing investments in export-oriented opportunities in Argentina, where he leads the Investment Committee.

In 2006, Alejandro started developing businesses with high social impact, such as farming in poorer areas and organic waste recycling, where the impact in poverty reduction is an essential element in their strategy to create economic value. He has been able to attract investors like JPMorgan and the IFC to such ventures. Alejandro also launched his own business, Almado, to network with other businesses, investors, NGOs, institutions and entrepreneurs to deepen the involvement of business in the reduction of poverty.

Alejandro graduated as an Industrial Engineer, with honors from Universidad Católica Argentina, and has a MBA from Stanford. He is and has been a member of the board of directors of several private companies including those in information technology, cement, consumer electronics and real estate. He is the treasurer of a local foundation fighting leukemia (FUNDALEU).